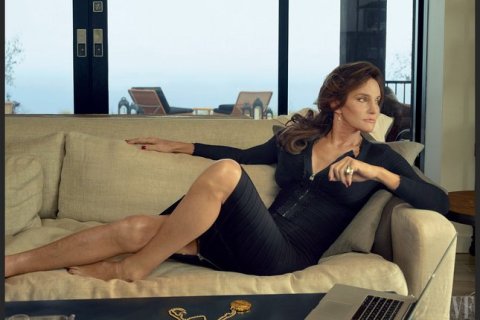 Over the past week, I’ve seen a lot of back and fourth about every facet regarding the introduction of Caitlyn Jenner to the world. “She’s not a hero”. “It’s not natural”. “God doesn’t make mistakes, he brings you into this world the way you are supposed to be”. I held off on writing about this, because I don’t believe unless I have PERSONALLY been through that same struggle, I really don’t have the right to cast my judgement or negative opinions on it. However, seeing as this will be my last post on my this blog (see end of post for exciting news!), I wanted it to mean something.

My timeline has been flooded with photos of soldiers in combat, bleeding for their country, with the caption “THIS is a hero, not Caitlyn Jenner!”. Soldiers are probably the most heroic and brave humans on this planet, and we should thank them every day for our freedom. However, bravery comes in many different forms. The kid who stands up to his bullies is brave. The 18-year-old that decides to enlist is brave. The 20 -something that needs to start over and moves to better their life, is brave. The single mother who raises her children on her own is brave. Caitlyn Jenner is brave. How dare people deem her bravery and struggles not good enough to be qualified as a hero. Just because it does not effect you personally, does not mean her honesty will not save thousands of lives. Have compassion for the people that this means something to. No-one is saying Caitlyn is more brave than a soldier, but her own kind of bravery is going to make this a better world for so many people that have been waiting so long for it.

2) “God Doesn’t Make Mistakes, She Was Born a Man on Purpose”

Believe it or not, Jesus was actually there when Caitlyn was created- we were not. He knows the plans God has for Caitlyn and her life. He formed Caitlyn perfectly in his mother’s womb. Because Caitlyn was created by the Father, he looks at her and loves her. If the Father loves Caitlyn, and we love the Father, why do so many throw so much pompous hate her way? As Christians, we are told to love one another. Period. There is no * there. Nothing to tell us that we do not have not love people we believe are bigger sinners than us. Mind you that “Love” is not synonymous with “Agree”. It means you can still show compassion and love, even to those you do not agree with. I disagree with people I love all the time. With their choices, words, outfits (yes, outfits), but I still love them. What kind of monster would I be if I stopped loving someone because they wore Crocs?

The 41% of transgender people that have attempted suicide, care. Again, just because Caitlyn means nothing to you, it does not give you the right to diminish what she means to others. While you are all warm and cozy in your bed comfortable with your sexuality and gender, be thankful. Be thankful you can live your life freely and openly without others posting articles on Facebook belittling your human dignity.

At the end of the day, we are all entitled to our own opinion. However, do not confuse having an opinion for having the right to sit on your high horse and judge someone else’s struggles and pain. Show the love, kindness and compassion you would want if you were not “the norm”. There is too much hate in this world already to have it in ourselves.

“I’m not sure there is anything worse than causing those whom God loves, to question whether God loves them.”

PS- Here’s that exciting news! Over the past few months, I have been working with my incredibly talented friend, Leah, to start my own website! Look out for the launch soon!